Hillary Clinton got away with eleven documented Federal crimes!

And more are being uncovered each and every day.

But her most dangerous criminal scheme is being hatched right now!

Behind the scenes, Crooked Hillary is funding and coordinating a legal strategy to impeach President Trump, and seize power for herself!

That’s why she’s laying so low. She and her “Resistance” conspirators are setting a trap.

And that’s why I need your help.You and I must stop her! It’s Hillary who should be indicted, not Trump! Together we can force Hillary’s indictment by collecting and delivering to the Justice Department one million DEMANDS from citizens like you, demanding charges be brought!

We know it will take a massive groundswell of citizen outpouring to achieve this. The Swamp is the entrenched Establishment and it’s not always Democrats who stand in our way.

Yet we also know the one thing that Washington can’t stand is a loud, proud threat from their voters. Especially in a mid-term year!

Creating that kind of national grassroots pressure means I must raise the resources to print, mail out, collect, tabulate and deliver one million DEMANDs.

That is why I sat down to write to you.

You can give immediately by going here right now to chip in just $10 or more.

They don’t want to deal with the attacks from the mainstream media and liberal activists. They think voters don’t care now that the election is over.

And, frankly, many Establishment Republican WANT to impeach Trump!

Meanwhile, Hillary is quietly coordinating “The Resistance” campaign to overthrow the President and seize power for herself!

She is funding the “impeach Trump” campaign, with $800,000 in seed money left over from her campaign.

And the people coordinating the “Impeach Trump” legal strategy?  All of them take orders from her!

And she can do it, because she’s not currently on trial!

Here is a list of 11 different Federal crimes committed by Hillary Clinton — along with her co-conspirators — according to former Deputy Assistant Attorney General and retired U.S. Army Brigadier General Kenneth P. Bergquist:

Beltway Republicans say the election is over, and Hillary no longer poses a threat.

But to do that, I must have the resources to print out, mail out, collect, tabulate and deliver one million DEMANDs.

Please give only what you feel you can afford right now.

Please let me hear from you as soon as is humanly possible.  There is no time to lose.

I know this is an ambitious plan. But I know that if we have your support, it can work. The stakes are high. The resources we’ll need will be massive. But our future rests in the balance.

We will need to raise at least $23,250 within the next month. This is an absolutely unprecedented campaign and I have no idea what obstacles we will have to overcome.

And I must raise at least $30,100 of that within the next 14 days or I will be forced to abandon this SAVE TRUMP! INDICT HILLARY NOW! EMERGENCY NATIONAL DEMAND project that is so vital if we are to put Hillary behind bars.

So please, go here right now to rush your most generous contribution to help me and American Liberty PAChold Hillary Clinton legally accountable for her crimes, and stop her plans to impeach President Trump and seize power for herself.

Thank you for your support. And God Bless America.

P.S. Not burdened by a criminal trial for any of her 11 documented crimes, Hillary Clinton is putting $800,000 into an “Impeach Trump” legal strategy that will overthrow our President and let her seize power!

We can’t let Hillary impeach President Trump!  She must be indicted! 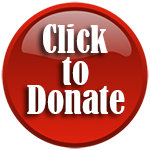