GOP leaders claim to have added Attorney General Merrick Garland and FBI Director Christopher Wray to their list of political foes they plan to investigate should they retake the majority this fall following the politically motivated raid on Donald Trump’s home in Florida. Not that we believe they will do anything. The Teflon Democrats and Swamp Bureaucrats are immune because the collective will on the Republican side is lacking. They are “all hat and no cattle” when it comes to clearing out corruption on the Hill and in the federal agencies.

And as for the Left? They are so laser-focused on Trump that nothing else matters at all. 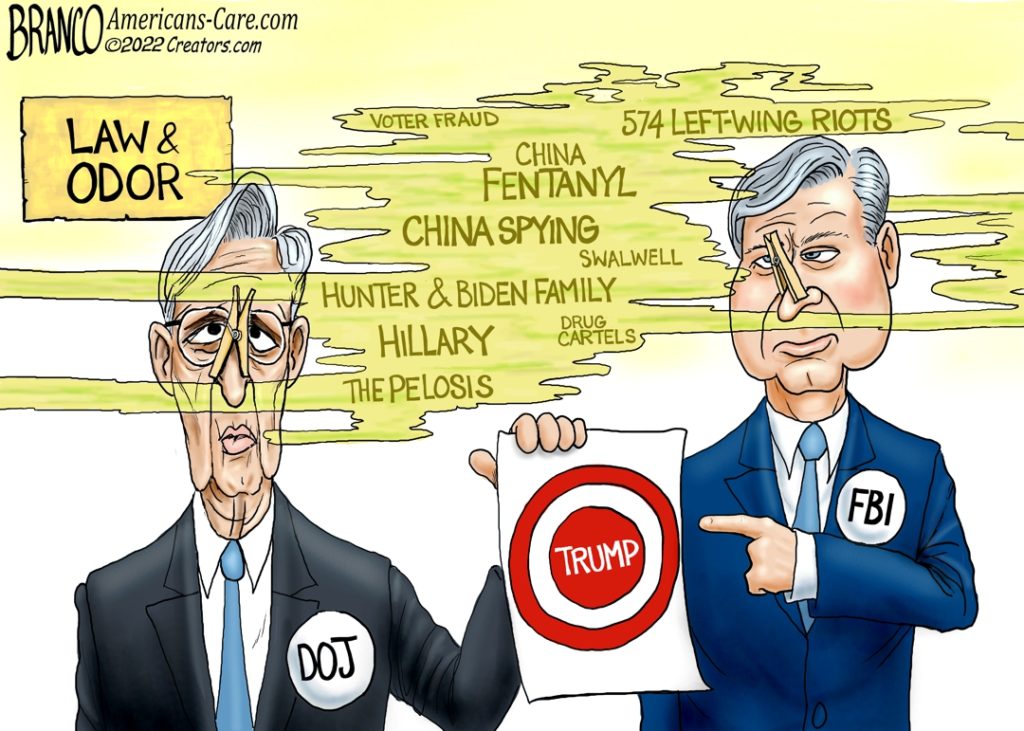