I was accused in a rather hot exchange on Facebook of being a shill for Big Oil.  I wish!  They pay way better…

But the accusation, silly as it was, doesn’t obscure the facts.  Electric cars are not a legitimate substitute for gasoline powered personal vehicles.  Anyone who says they are is LYING to you!

Let’s take a quick look at California (last look was at Florida in a hurricane scenario). 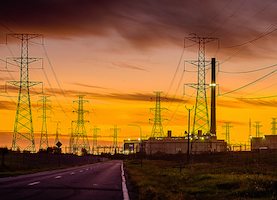 And, in its infinite wisdom, the California government has decreed that starting on January 1, 2035, only electric vehicles can be sold in the state.  Old gas and diesel vehicles can still be owned and driven, but not replaced.

To put it bluntly, the electric power system is California is crap.

They have brownouts and blackouts all year, but especially in the summer.  And right now, they don’t actually produce enough power to properly supply their current customer base (can you say Third World?).  And it’s only going to get worse.

They are about to start to demolish four hydroelectric dams — with no plans in place to replace that power.

The last nuclear plant in the state — 10% of the state’s current electric power generation — will shut down in two years.  Again, no plans in place to replace that power.

There is no way that California is going to come up with the money — or the will — to fix this.  Massive new generation capacity (and it’s not going to come from solar farms), huge infrastructure upgrades and sensible regulation are vita.

But very little that comes out of the State Capital in Sacramento is sensible these days.