Wouldn’t it be more precise to say that Mr Tedros the friend of China declared a World Health Emergency going against the majority committee opinion? The “surge” of cases meantime is from a very low baseline largely confined to one community (16,000 cases with 5 reported deaths). pic.twitter.com/nJ8bRFtFEc 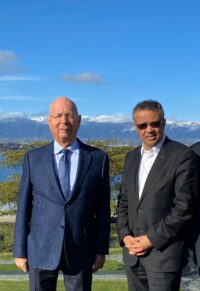 On Saturday, World Health Organization (WHO) Director-General Dr. Tedros Adhanom Ghebreyesus declared the unprecedented global outbreak of monkeypox a public health emergency of international concern (PHEIC), the highest alert before declaring the outbreak a pandemic. In doing so, he overruled the decision of the International Health Regulations (IHR) Emergency Committee (EC) which had reconvened on July 21 to address the continued “unexpected” spread of the disease in non-endemic regions across the globe. World Socialists

“Nine and six are very, very close. Since the role of the committee is to advise, I then had to act as a tiebreaker. We believe this will mobilize the world to act together. It needs coordination and not only coordination but solidarity.” Dr. Ghebreyesus – WHO

Here we go again – another round of masks, lockdowns, child abuse and poverty.

🚨 WHO’s own expert panel voted 9–6 AGAINST emergency declaration for monkeypox.