The Medicare trustees issued their annual report last week, which outlines the troubled state of the $839 billion Medicare program. 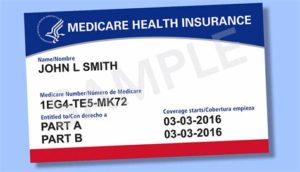 Heads up. The Medicare trustees issued their annual report last week, buried under other “important” news from the Department of Health and Human Services—including the announcement of a new Office of Environmental Justice. Apparently, the administration is more interested in advancing its woke ideology than addressing the real and immediate warnings outlined in the Medicare report.

Richly detailed with charts and graphs, the report describes the troubled state of the $839 billion Medicare program.

To start, the Medicare hospital insurance program, which you pay for with a 2.9% payroll tax, will soon be running tens of billions of dollars in deficits and is facing insolvency in just six years. (Last year the trustees said the hospitalization program would be depleted in 2026, rather than 2028. That is about the only good news in this year’s report).

When insolvency hits, it means that Medicare will not have the money to pay all your Medicare benefits. When that happens, scheduled now for 2028, Medicare benefit payments will be cut by 10%. Without a remedy for the shortfall, tens of the billions in trust fund deficits will rapidly accumulate, Medicare benefit cuts will progressively deepen, and beneficiaries’ access to hospital services could be sharply compromised.

Hospital insurance trust fund assets are at just 40% of expenditures. The trustees recommend that assets should equal, at a minimum, 100% of hospital insurance expenditures in any given year. For a permanent solution to the Medicare trust fund problem, the trustees say it would take an immediate payroll tax hike from 2.9% to 3.60% or an immediate cut in benefits by 15%.The more likely congressional remedies will likely be a combination of tax increases and benefit payment cuts, phased in over time.

With this two-year reprieve, there is time, but no time to waste. The longer Congress delays taking action, the more painful these tax increases or benefit cuts become.

The Medicare hospitalization shortfall is only a part of the Medicare problem: the explosive level of federal spending, which will more than double over the next 10 years from $839 billion to more than $1.8 trillion. That is about $5,500 per person in the nation.

The fastest spending growth is the Supplementary Medical Insurance program that pays for physicians’ services and drugs. Beneficiaries’ premiums finance only about 25% of those costs, the rest are financed directly by taxpayers in the form of general revenues.

In 2019, the Supplementary Medical Insurance program ate up 17% of all federal income and business taxes. By 2030, it will consume 21.5% and the total Medicare program will still be running tens of billions of dollars in deficits.

The accumulated Medicare obligations over the next 75 years amount to $52.6 trillion. That is about $160,000 per person in the nation. Combined with rising annual deficits and a huge national debt, current and future taxpayer burdens are enormous.

Millennials won’t know what hit them.

In 2003, Congress feared that Medicare’s growing dependence on general revenues, rather than dedicated revenues, would worsen the nation’s overall fiscal condition. That’s why it enacted a requirement that the Medicare trustees issue a “funding warning” whenever general revenues exceed 45% of total spending within a given time frame, and then require the president and Congress to take remedial action.

This year is the fifth year in a row the trustees have issued a Medicare funding warning, and like previous years, the White House and Congress are poised to turn a blind eye to these warnings.

Neither the president nor Congress can continue to ignore Medicare’s growing financial challenges without making conditions worse both for the tens of millions of seniors dependent on the program and the hundreds of millions of Americans who are financing it through income and payroll taxes.

The financial projections in this report indicate a need for substantial changes to address Medicare’s financial challenges. The sooner solutions are enacted, the more flexible and gradual they can be. The early introduction of reforms increases the time available for affected individuals and organizations—including health care providers, beneficiaries, and taxpayers—to adjust their expectations and behavior. The Trustees recommend that Congress and the Executive branch work closely together with a sense of urgency to address these challenges.

Note that the trustees are calling for “substantial” changes to the program, not mere tweaks. Serious reform is required.

The goal of Medicare reform should not only control cost, but also secure better value for health care dollars. Only a fully competitive market driven by patient choice can accomplish that goal.

The key financing change is a universal Medicare defined contribution (“premium support”), where patients can direct payment to their personal choice among different competing plans, as they do today in the popular and successful Federal Employees Health Benefits Program and Medicare Advantage programs.

Such a reform would stimulate innovation in benefit design and care delivery and improve the quality of care. That is one of the major accomplishments of Medicare Advantage, a system of competing private plans that is an alternative to traditional Medicare.

Congress should compel an updated version of traditional Medicare to compete, head-to-head, on a level playing field with Medicare Advantage plans, and other new and innovative private plans, including those sponsored by associations and employers.

Such a competitive market should be open to health plan options that allow beneficiaries to take full advantage of medical savings accounts or health savings accounts, as well as direct primary care programs.

In short, with such a reform, Medicare patients would enjoy even greater choice and directly control the flow of health care dollars in a transparent environment of price and provider performance.

Comprehensive Medicare reform is a huge legislative task, Congress and the White House should take this seriously and start laying the groundwork.

Robert E. Moffit, Ph.D., a seasoned veteran of more than three decades in Washington policymaking, is a senior fellow in domestic policy studies at The Heritage Foundation. Reproduced with permission. Original here.